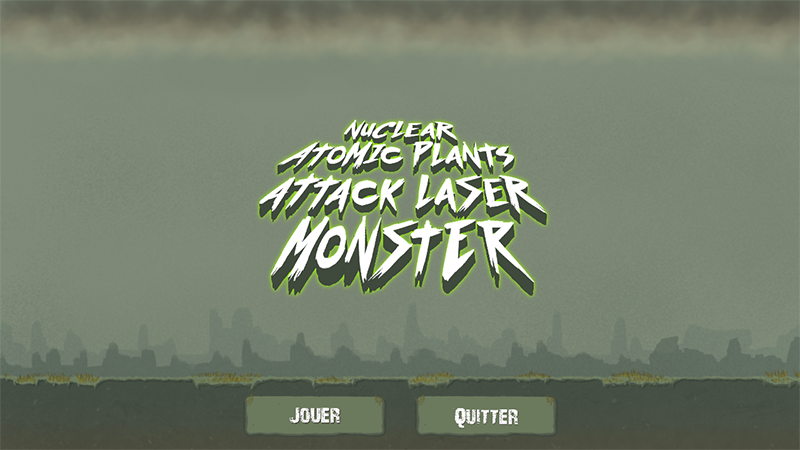 Nuclear Atomic Plant Attack Laser Monster (N.A.P.A.L.M.) is an ENJAM, a gamejam during 48 hours organized by ENJMIN students in mid-October 2016. It’s a 2 players competitive small game where each player controls a plant’s roots to grow to gather more and more radioactive waste and objects to become the biggest one the first and atomize the opponent’s plant. A root can also get a bonus scissors to cut a root of the opponent, slowing them down in this nuclear race to arms. Also, at any time the player can stop growing a specific root and start a new one to cut down on the time to go back and forth between objects.

It was done in Unity and was the work of a team of 7 hard working buddies. I was one of the two programmers and mostly did the gameplay logic. I enjoyed making the root logic, as it was aking to building a tree data-structure and cutting a root could trigger a sub-tree cut.