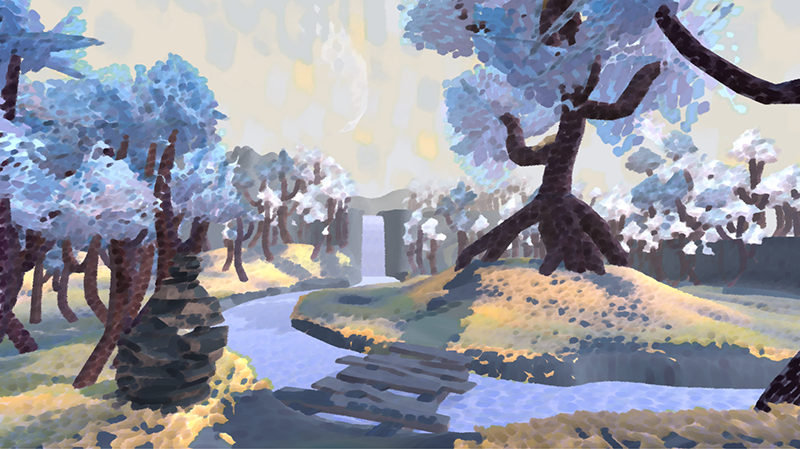 Transhumance is a ENJMIN’s first year project I was programming for. You play as Hin, the sherperd assigned to the task of doing a transhumance through the mountain with the mystic Khoris who listen to your whistling. The controls actually requires a microphone to control the Khoris. You have to whistle a series of notes to ask the Khoris to follow you, to stop or to help you moving faster.

Managing the whistling was an interesting problem. We didn’t have the time to search or develop something that used voice recognition and it has been decided on using the whistling by luck: I noted that the Fourier Transformation of a whislting sample had a well-defined peak. Said peak is what’s used to determine the pitch of the player’s notes.

The game selected among the finalists of Hits Playtime’s 2016 edition.