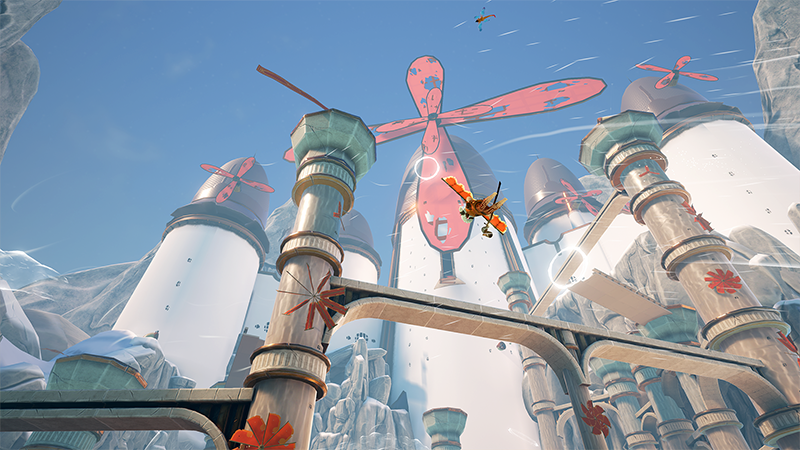 Wind Guardians was the second year project of my course in the ENJMIN. Done in Unreal Engine 4 in the course of four months, the games narrate the story of a mysterious event that turned a mountain town’s population into stone statues through the environment. You play as a character who can fly through wind currents and activate mechanisms with a magic wind horn. The character keeps climbing the mountain through currents until they face the origin(?) of the catastrophe.

I was one of the programmers on the project but I also was a kind of jack-of-all-trades on this project. We learnt Unreal Engine during the course of the project so the knowledge had to be shared with the whole team or trade tricks with the other teams (like how to setup a render farm for the Global Illumination). Sadly, a big part of my work, a boss fight/puzzle sequence, down with obstacles and projectiles, AI and weak points 1 was cut away from the game due to time constraints and because it broke the game feel a bit too much. I also provided basic mechanisms for game designers to play with like the wind interruptors and helped the graphic team properly integrate their work, improve the visual fidelity or gave them some guidance.

Read about other projects
← WalrusRPG